Hinduism does not approve suicide. Suicide in a family brings social stigma and bad reputation to the family members and they may have to live with that for long.

It also raises many questions about the reputation of the family members and their possible complicity. Hence, many suicides in Hindu families go unreported.

Suicide of women causes more social disgrace to the members of the family than suicide of men and often leads to complaints, court cases and criminal investigation.

Suicide is an acute problem in many parts of India, caused mostly by economic distress, illness, social pressures family problems, and ill-treatment by other family members.

In recent times the country also witnessed the use of suicide or threat of suicide by some, in the form of self-immolation or fast unto death, as a desperate measure to attract the attention of the government or the public to remedy personal or social causes.

These recent trends are reflective of the traditional attitude of Hinduism towards suicide. In general, Hinduism condemns suicide, but in specific instances accepts it as a meritorious act of self-sacrifice.

Hindus believe that human life is very precious, which is attainted after hundreds and thousands of births and provides an unique opportunity to each individual to make a quantum jump into higher planes of existence or attain immortality.

Even gods and other celestial beings do not have this opportunity unless they come down to earth and take birth as human beings.

It would therefore be a very serious mistake on the part of those who commits suicide to escape from their responsibilities or cause distress to others.

It would not only hamper their spiritual progress and put them back on the path of liberation by a few lives behind, but also expose them to the possibility of greater suffering and their downfall into darkest hells.

When suicide is permitted in Hinduism 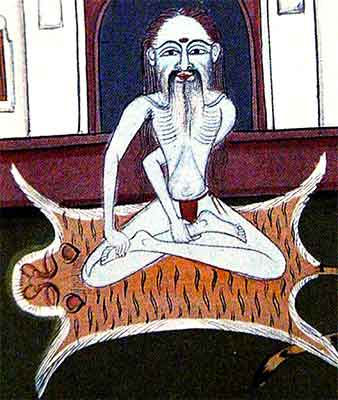 In the ancient times, under some circumstances religiously or spiritually motivated suicide was permitted in certain ascetic traditions of Hinduism. It was considered the final act of self-sacrifice or renunciation. It was practiced in three different ways, which in my opinion, pointed to the three distinct ways in which the elemental body was returned to the elements. The three methods of self-sacrifice practiced in ancient ascetic traditions of India were:

1. Self immolation by entering into fire (agnipravesa). This was making an offering of the body to Agni or fire.

2. Death by slow starvation (prayopavesa). This was making an offering of the body to Air.

3. Death by entering into a cave or an underground cell and suspending breath in a state of self-absorption (samadhi). This was making an offering of the body to the earth. Many spiritual gurus ended their lives in this way in the past and the practice is still in vogue in some teacher traditions.

In all the above mentioned cases, it was believed that death in this manner liberated the soul finally from the cycle of births and deaths. It must be noted that such actions were allowed only in the final phases of spiritual practices when it was considered that the body was the last remnant of Nature preventing the Soul from attaining liberation.

Death through self-sacrifice was not confined to ascetic traditions only. It was also practiced by householders in the Vedic tradition. In the final phase of human life called the phase of renunciation (sanyasasrama) people who wanted to achieve liberation were allowed to sacrifice their bodies through slow starvation.

Having renounced everything, including the need to keep fire, and restrained their minds and bodies in the heat of austerities, they would reduce their food intake gradually until they stopped eating food altogether. Then they would subsist on water only for sometime before renouncing it also.

In the last phase, they would stop eating and drinking and let the body wither and die. Here again the practice was justified only as a means to liberation in the final phase of human life, after a person had met with all his duties and obligations.

Thus under certain circumstances giving up one's own life in the service of God for liberation is justified in Hinduism. Technically speaking, such acts cannot be considered acts of suicide but acts of self-sacrifice or the ultimate renunciation.

There are indications that in some tantric sects, willful self-sacrifice of the body by a devotee to a personal deity was practiced as a mark of total surrender and highest devotion. It is believed that such acts would lead to liberation.

Why suicide is condemned in Hinduism

Under normal circumstances suicide was and is considered a mortal sin in Hinduism for various reasons. Manusmriti states that libations of water, which are usually offered to the departed souls, should not offered to those who commit suicide.

Suicide in Sanskrit is called atmahatya, meaning murdering the soul or Self. The very word conveys amply the attitude of Hinduism towards suicide. Suicide is murdering oneself, pure and simple. Why Hinduism views suicide with such negativity as a despicable and sinful act can be understood from the following reasons.

1. In Hinduism all life is sacred, even the life of insects and animals. Human birth is especially unique and precious, which is attained only at the end of numerous births and deaths. Only humans have the unique opportunity to work for their liberation. Hence wasting away such a great opportunity is very sinful and bad for one's own karma.

2. In God's creation, each human being has a unique role and responsibility, which none else can fulfill. As a son, daughter, father, mother, brother, sister, friend, benefactor, teacher etc., each individual participates in the orderly progression of the world and society. Willful act of suicide for selfish reasons interrupts that process and the orderly progression of events, disrupting the family lineage, the birth of progeny, nourishment of gods, and the proper function of society. It is evidently a willful disobedience to God and His laws.

3. Suicide motivated by dark passions, evil intentions, ignorance and delusion is misuse of the autonomy and opportunity given by God to the beings to perform their duties and work for their liberation. Therefore, it is certainly an evil act and a very bad karma.

4. The human birth entails certain duties and obligations towards oneself, others, gods and ancestors. When a person commits suicide such duties remain unattended. This is gross negligence of obligatory duties, which in Hinduism is considered bad karma having consequences not only for the individuals responsible but also for those who may be impacted by such actions.

According to Hindu beliefs if a person commits suicide, he neither goes to the hell nor the heaven, but remains in the earth consciousness as a bad spirit and wanders aimlessly until he completes his expected span of life upon earth, Thereafter he goes to hell and suffers more severely.

In the end he returns to the earth again to complete his previous karma and start from there once again. Suicide puts an individual's spiritual clock in reverse . Hindu scriptures therefore aptly described it as murder of self (atmahatya).

Suicide also hurts the stay of one's ancestors in the ancestral heaven. It deprives them of their nourishment and astral body strength and hastens their return to the earth.

Finally, as stated before, suicide by an individual in a family also impacts negatively, the social status and influence of the family.

Sati was never practiced in Hinduism universally. In many Hindu communities even in the past women had the option to live as widows or ascetics or seek the patronage of a male member of her deceased husband's family for the purpose of having a child, if she had none, or simply for company, shelter and protection.

Although sati was not practiced universally, the custom prevailed in some communities for a very long period until it was abolished by the British through a legislation in colonial India in the early 19th century.

If self-immolation by ascetics was an act of self-sacrifice of the highest kind, sati was an act of human sacrifice, practiced in many instances by vested family members to get rid of unwanted women or resolve inheritance problems.

It was a cruel custom born out of the belief that a woman had no intrinsic value without her husband and that she had no duty and no justification to exist once he passed away.

The very fact that it was performed in public with a lot of fanfare speaks volumes about the attitude of certain Indian males towards their women, until a few centuries ago. They were the same people who would prostrate before a goddess and express their devotion and reverence. For many it was a convenient and traditionally approved way to get rid of old and helpless widows and keep the family properties intact.

Hinduism does not condone suicide in any form, except those rare cases mentioned before. It is a bad karma, a mortal sin, with terrible consequences for those who commit suicide. When the thoughts of suicide enter one's mind, one should effectively counter such thoughts with the following.

1. Know that life upon earth is a rare opportunity and should not be wasted.

2. Practice yoga and other spiritual methods to cultivate positive thoughts.

3. Find a purpose greater than yourself.

4. Read books on spirituality or find a spiritual guru for guidance and help

5. Cultivate detachment, devotion and inner purity and draw your mind to your inner Self.

7. If family or social pressures are causing distress, think of finding new friends, changing your place of residence, or going to a new place.

8. Think of helping others or working for a social or environmental cause.

9. Talk to your family about what is going on

Only those who possess the saintly qualities can be accepted as a genuine Swami/Guru...

Know what Chanakya told about education